The Story Behind the M100 Barbers Chair

Some interesting facts about the evolution and the creation of the WBX M100.

The most important furniture in the modern day barber shop or salon is the chair on which the customer sits…… it should make the occupant feel very comfortable and relaxed.

Ernest Koken invented the first hydraulic barber chair which had rotational swivel, a footrest and cushioned headrest. Antique barber chairs were usually made up of hardwood timber such as oak, elm or rosewood and had a chrome plated footrest and iron-plated hand rest on both the sides of the chair with a removable head rest together with a reclining mechanism handle  which reclines 180 degrees using mechanical means. They had cushioned seats  to make the customer feel as comfortable as possible. Some of the chairs had wheels at the base for easy of  mobility and others were fixed. These chairs were relatively heavier than the modern day barber chair but always add a bit of atmosphere to that vintage chic look. 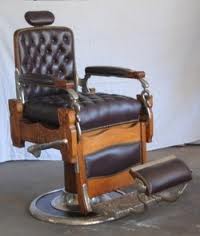 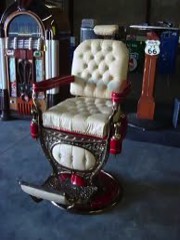 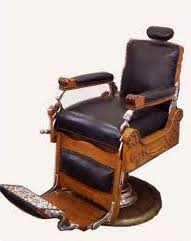 You can see a few examples of these barber chairs above. Centre Image shows a Koken chair from 1906

The new WBX M100 Classical barber chair takes its overall design from the past but is technically advanced  to give you a 21st century barber chair that will stand the “test of time” and make its own mark in history.

The first factory-manufactured chairs were made in about 1850 and the first one-piece reclining barber chair with an attached footrest was actually  patented in 1878 by the Archer Company of Saint Louis. USA.

Archer quickly followed it with a chair that raised and lowered mechanically. But as always competitors were chasing the heels and Eugene Berninghaus of Cincinnati improved on  the Archer’s design with the first reclining and revolving chair called the Paragon.

The Eugene Berninghaus Organization started their operation in 1875. Their items were so renowned for so  many years later that they even appeared in movies, such as ‘The Great Dictator’ that featured Charles Chaplin and featured  within the film ‘Time Machine’ by M.G.M. in 1960.

Then came Theodore Koch  of Chicago who  incorporated all of these innovations into his chairs and sold more than 35,000 chairs in the period before 1885.

In 1897, Samuel Kline (of the Kline Chair Company patented a chair and filed a patent infringement lawsuit against Theodore Koch  in 1905 but was overturned  and In 1904, Kline filed a patent for an “adjustable chair” which was granted in 1907. It was actually in 1900 when Ernest Koken who was a German immigrant  created a hydraulic-operated chair and also patented the “Joystick” side lever, which allowed  the barber to control some of the mechanical functions.

In the late 1950s, USA -based barber chair manufactures sold about 10,000 chairs a year to the 100,000 barber shops. Chicago-based Emil J. Paidar Company was one leading manufacturer of barber chairs at that time.

Belmont and  the American Barber Chair Company from 1948 to 1956 produced chairs which were spinoffs of the Koken chair and starting in 1957, Belmont joined Osaka, Japan based Takara Belmont. The company began importing almost exact duplicates of Paidar Chairs at  20% – 30% less in cost.

Sadly both the Emil J Paidar and Ernest Koken companies went bankrupt but their legacy lives on through the overall design and technology that is seen in some barbers chairs today.

These days, a “Classical Barber Chair’  is no longer confined to the barber shop . With its intricate and high-quality construction it can be a beautiful piece of furniture  that can put character and richness into your salon or even your home. The design remains timeless and elegant, and for antique lovers, a WBX  Classical Barbers Chair  is surely a fantastic addition for your collection.

It had not  been until  the early 1800’s that corporations began to create their own patented barber chairs.

Moving on 200 years, here at WBX we have focused our expertise on functionality, quality, the best modern materials and above all value for money to create what we believe is the very best barber chair on the market today, the WBX M100 “Classical.”

With the usual and unique WBX 5 year warranty, we present the WBX M100. 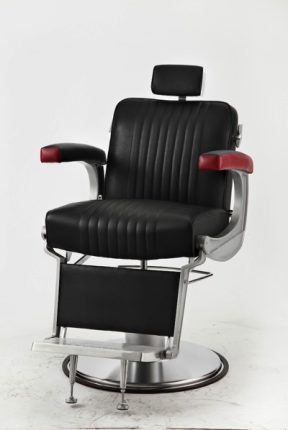 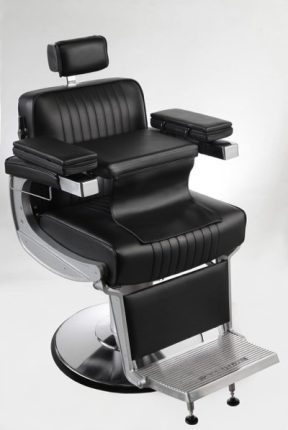 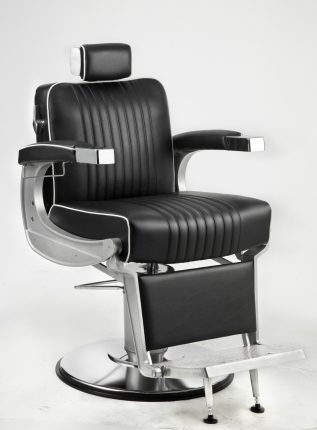